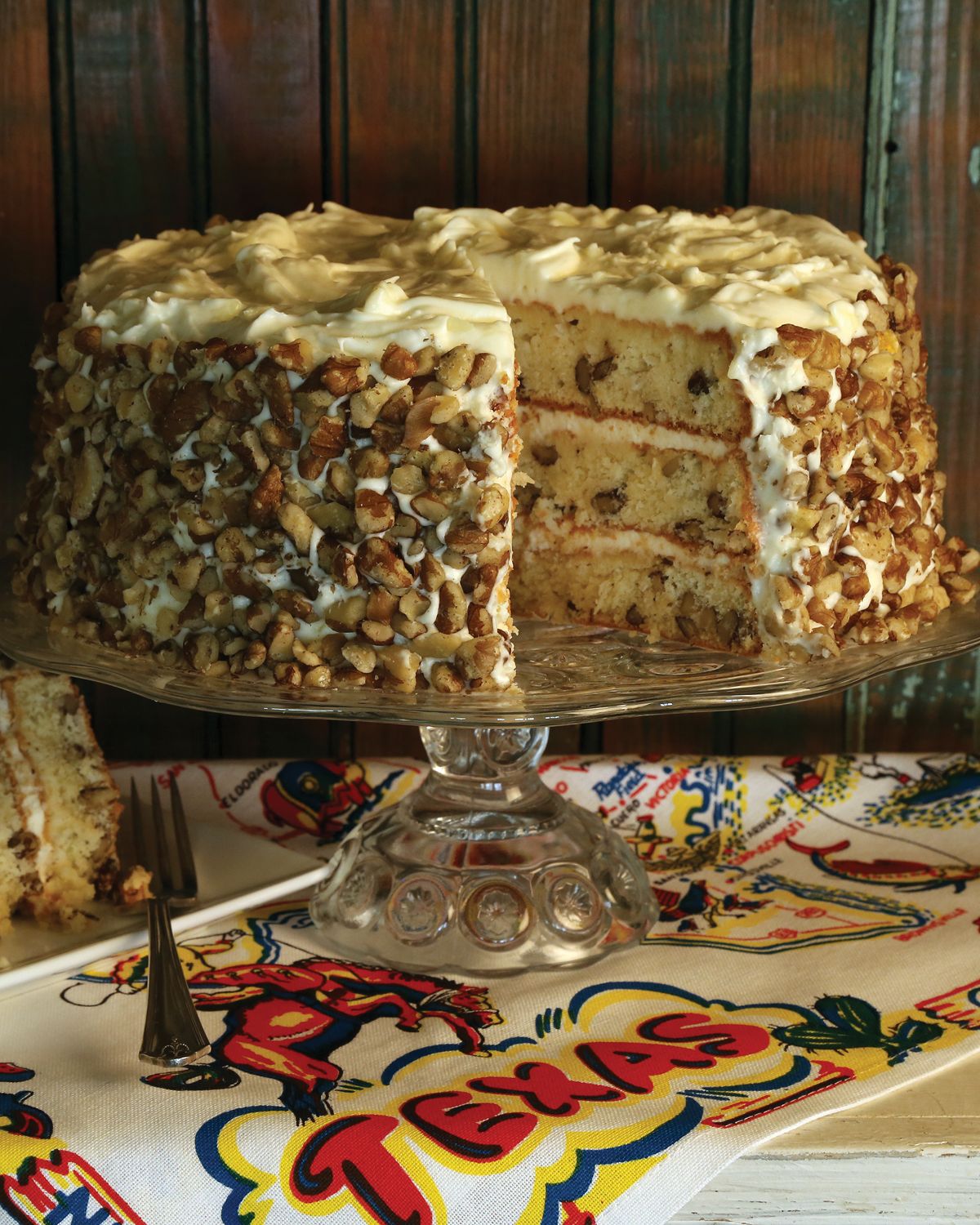 Dorsey Watkins, Buyer of All Kinds of Logs,” read my papaw’s business card, and under that, in bigger, bold capital letters, “BLACK WALNUT.” Which pretty much sums it up: There’s jes’ any ole wood and then there’s black walnut. Native black walnuts range throughout the eastern and central U.S., and thrive in East Texas; just try to get there before the squirrels get ’em all. If you don’t, you can buy black walnuts at some supermarkets between Thanksgiving and Christmas, or online.

Black walnut is a much-coveted hardwood for fine furniture and gunstocks, and its wild nutmeat is as different from those English walnuts you’ll find bagged in the supermarket as dry-aged venison is from a fast-food burger. As a youngster, gathering the nuts themselves was the most fun—the trees thrive in the meadows and the woods, allowing for a good romp. We’d scurry around like squirrels to gather the fallen ones into wooden bushel baskets, and cart them back to dry on newspapers in the shed.

Walnut-shelling on the back porch was a Thanksgiving ritual for us grandkids—a time for the far-flung cousins to gather and visit, to catch up on the goings-on since summertime. Either Papaw or Uncle Buck would break the thick, hard shells with hammers, and I think I once resorted to running over burlap sacks of ’em with Papaw’s ’56 Willys jeep, although I would never confess to such shenanigans in open court.

Once cracked, the tedious work of wielding a nut pick to coax out the nut pieces begins—and you will have pieces, not pretty halves. Wear gloves, as the nuts will stain your hands brown; even the green outer husk stains whatever touches it.

So why bother? Black walnuts taste absolutely delicious, especially at the hand of Mamaw Grace, whose treasured Black Walnut Cake made even the countless hours of stained fingers and chipped nails a joy. To me, this cake tastes like I’m six years old again, so I hope it does this for you, too!

“One of the three best cakes I’ve ever tasted in my life,” pronounced my friend Jane. Farm eggs from free-range chickens eating protein (bugs and worms) will heighten the flavor. The Mexican organic vanilla—sensory and floral—makes it even better, if that’s possible.

In a stand mixer set to high speed, cream the butter and lard, gradually adding the sugar. Add the egg yolks one at a time, with the mixer running. Turn the mixer down to medium speed.

Remove the mixing bowl from its stand and stir in the vanilla, salt, walnuts, and coconut. Transfer the batter to a large bowl.

Clean the stand mixer bowl with hot soapy water to remove any trace of fat, which will interfere with the egg whites. Beat the egg whites with the cream of tartar until stiff peaks form, then fold into the batter in thirds.

Pour the batter into three 9-inch greased and floured cake pans and bake for 22 to 25 minutes, until a toothpick comes out clean when inserted in the center of a cake layer.

Let the cakes cool in the pans for 10 minutes, then carefully invert onto wire racks and allow them to cool completely before frosting.

In a stand mixture on medium-high speed, cream the butter and cream cheese, then gradually add the powdered sugar. Stir in the vanilla. Spread the cream cheese frosting on the top of the first cooled cake layer, then repeat with the next two layers. Next frost the sides of the cake and press the walnuts onto the sides of the frosted cake. Store in the refrigerator in a cake keeper for up to 4 days.